We're concerned about the fact that most information consumed by the public is via stories is completely disconnected from the evidence they may or may not be based on. Even textbooks used in schools, which ought to have higher standards of rigor, are often clumps of narratives, nary a primary source cited where necessary. This situation conditions people throughout society to give much less scrutiny to the information they're presented, and of the fields of knowledge that are stung by this norm, history may bear the greatest burden.

Our application takes the visualization and narrative present in the presentation of history as timelines but also adds a component that connects of the narrative to evidence, bridging the gap between primary sources and tertiary syntheses like timelines. There are many timelines but not like ours.

I built it primarily to be most accessible, intending to approach some historians immediately after the hackathon, and so as a webapp. The visual timeline was implemented in javascript and its canvas framework, and computations having to do with time were written in with it there. With visualization, rendering, and computation we combined and built our project.

A big challenge was figuring an optimal way to communicate both the stories and evidence and connect them at the same time. We had to consider multiple different types -- this was somewhat unexpected, as it was perhaps one of the only non-technical considerations of the project.

I'm proud of building the tool such that it's able to do what I set out for it to do. 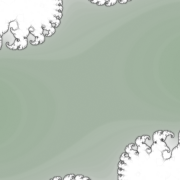