THE PROBLEM IT SOLVES

Currently the techniques that are followed in agriculture are decades old and obsolete. We follow the same techniques that were followed by our ancestors 20-25 years ago. But the climate and weather conditions have changed drastically, pollution has increased on on uncountable scale that's why the net average production per hectare of India is also decreasing day by day. Their are proven reports for example taking case of Ethiopia, where when appropriate amount of NPK was used and proper soil testing was done to grow maize , their net average production reached around 6-7 tons per hectare that is somewhere equal to the European average. But in India it's not that easy or feasible to approach a small farmer to tell him to get his soil tested & follow recent technologies. As in India small farmers don't even have 500-600 bucks, to buy seeds then why will he listen to us to get his soil tested. So making sure that it's within his reach will ensure that he would in fact listen to us but would also take the advice. Solution- Providing accessible, affordable and instant way of soil testing through RGB analysis and chromatography. The soil testing can be done instantly at just ₹13 per test as compared to ₹150-600 taken by conventional way of soil testing. In conventional soil testing it takes around 2 weeks to even 2 months to get the soil tested as the sample is first sent to the testing laboratories which are mostly situated in the major cities whereas through this device it can be done instantly. This device provides easy to understand reports that too in local language which even the farmers can interpret without any difficulties making them self reliable. Whereas conventional soil testing provides detailed report which are neiher necessary as we only need prediction of NPK values nor its understandable by farmers. This device provides localized reports depending upon weather conditions, area of farm and topographical data making the report more accurate & efficient

The coventional soil tests are based on tilled systems was used from the 1940's through the 1960's, so they often fall short in providing estimates in cover-crop & no-till systems, which create entirely different soil profiles. This device solves this problem by doing testing by following RGB analysis on chromatographic strip.

Soil content are affected by alot of artificial factors for example, because of the recent installation of nuclear power plant in Bhatinda, Punjab, soil content has changed drastically. Because of this wheat and rice aren't the most appropriate crops now. But since the farmer's father and grand-father used to grow it and as it's also grown in the rest of Punjab, the farmers of Bhatinda still grow it but get very low average production per hectare as soil content is affected alot by the installation of the nuclear power plant. This device solves this problem by incorporating localized report and topographical data along with the NPK values to predict the most appropriate crop depending upon all the factors.

Farmers have a mindset that more the fertilizer they use, more fertile the soil would be, but this is not the case. Not only use of access amount of fertilizers cause harm to crop but also leads to bio magnification and eutrophication. This device predicts the most appropriate amount and type of ferilizer required keep in mind the predicted crop and area of farm thus also reducing the expenditure on fertilizers.

In states of Maharashtra & Jharkhand due to premature rainfall in the early months of january and february totally destroyed the onion crop thus causing a hike in prices along with huge loss to farmers. Since this device provides localized reports depending on weather prediction thus farmers could get early warnings and such disasters could be reduced.

Unnao a district of UP has quite unnatural amount of sulphur which causes error in conventional soil testing but the device solves such problem by incorporating topographical data.

The farmers would just have to dip the given strip in the aqueous solution of their soil, stick it on the soil health card and scan it through the device. The soil health card would contain a barcode which would be unique for each farmer, having details like location, size and previous record of tests (if any). All these details along with the stored dataset would help in predicting the most suitable crop, soil NPK content, along with type and amount of fertilizers required depending upon all of the aforesaid factors. All the details would be printed on the soil health card in the local language. This scanning device which cost around ₹400 could be installed in post offices of every village and in future it would be replaced by a smartphone application. Through the smartphone application, farmers could do the soil testing and prediction through just a click of their smartphones. 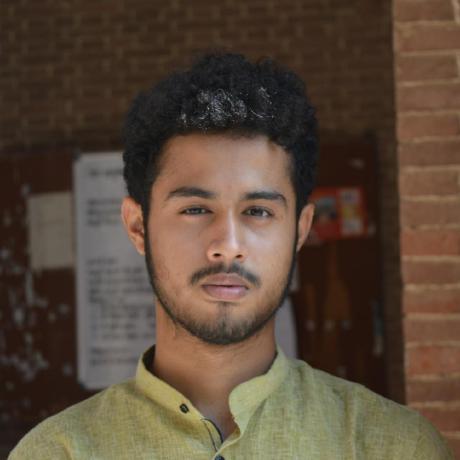