We split ourselves into 3 areas in order to create all the game elements. Lucas has been the main Unity Developer, coding and implementing all the game's functionality and elements. Tessa's role has been to create art assets for the game, this includes character design and animating the character's movements. Kabir's role was to create all audio assets for the game, this includes music and sound effects. The sound effects were created using many layers for individual-overall sound elements. The music was created with a dance / energetic / 80's vibe.

The main challenges Tessa faced during the project were the implementing of art assets into Unity and the animation of assets / characters.

The challenges Kabir faced during the project were coming up with how to create gunshot sounds and various other sound effects from scratch in order to make the sound palate consistent. The other challenge faced was to create energetic music with an 80's vibe.

Lucas faced challenges such as implementing the gameplay rewinding system as well as the implementation of a slow-motion area that only affect certain objects inside a specified environment during the replay stage of the game.

40 hours is not enough to start and finish a game, as it predominantly becomes a prototype of an intended game. We know the game can work and has potential, but we realised that making it fun is difficult for all scenarios within the game, especially taking into account the different ways to play based on the user.

What's next for Team Tonic 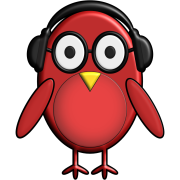