Hydroponic automation through the use of IoT 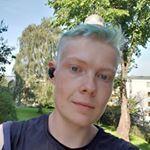