This repository contains a Snake and Apple game which I created after following this tutorial series by sentdex.

You can run this implementation with any python 2.7, python 2.7+ release along with the compatible pygame version. You can use the setup.py file to create an installer, using cx_freeze.

Note: I was able to use cx_freeze's version to create an .msi(Microsoft Installer) file on a 64-bit windows machine only, that too for just python 3.5, other versions for windows as well as linux seem to be outdated. 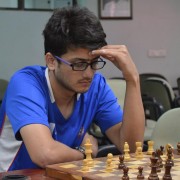