Majority of education and textbooks never reach the visually impaired, leaving them behind in the lore of literacy. Introducing SAARTHI, a platform for the education of the visually impaired. During this period of pandemic the visually impaired don’t have any kind of access to education in person. Hence, a need of a portal arises via which these people could continue their education. With SAARTHI we want to give them the right to education. These people who are left out, will get the resources and the opportunity to gain knowledge from all the available text books out there. This is a school of hard knocks with a ride in the short bus. This just doesn’t stick to this pandemic period, rather it also extends to help out those children as well who are not in an able condition to move to their place of education.

“It shouldn’t matter how slowly some children learn as long as we are encouraging them not to stop.” – Robert John Meehan

As Malala Yousafzai has said, “One child, one teacher, one pen and one book can change the world.” We want to be part of that change, doing our bit. Most people see what is, and never see what can be. In this world, many of the young minds are left behind, no one telling them that there is no such thing as a stupid question. Unable to search for the answers of those, We want to change that. Giving a platform for these beautiful minds that are unable to see the artistry of life, missing out on those fantasies which our childhood has gone by reading. With this platform our aim is to give these young kids a chance to experience the same which you and I have experienced in our childhood. They never need to let go or compromise on the knowledge needed to learn, knowing that there is a SAARTHI (A Companion). We wish to light a beacon of hope for these kids, to let them accomplish and experience the mystifying journey, that is our life.

What and How we implemented?

We implemented a web portal for the people to facilitate them in education by providing them the tools which will help them learn. We have used HTML, CSS ,Javascript and Django for building the website and their features . Along with them we used Python for building up the Optical Character Recognition which has been used to make the Revoice Feature.

In What depth did we implement what we wanted to and Future Developments if any.

We tried to implement multiple features like Speech to Text, Text to Speech, Optical Character recognition that is Revoice, Voice Controlled. In Future Developments, We can try implementing a chat to help them with their queries. We would like to improve upon the feasibility of the voice control feature and accuracy of the optical character recognition.

What is the Potential? How useful or efficient can it be to people?

This can be used to many people not just specific to the Visually impaired but hearing impaired as well. This would come to a great use during this pandemic but even later it can be used by people who are physically challenged and cannot move to different places to receive their education.

What challenges did we face?

We faced a big challenge to make sure to provide simplicity of usability to the users and faced hardware complexity in making sure the time taken by the feature does not exceed the limits.

We learnt a lot of things like building up a Optical Character recognition model which eventually got us to build a very important feature of our software. We got exposure to many new technologies, along with, we learnt how to deal with building up something together in a given time period. And we also learnt about the problems that our community faces in the education for the disabled. 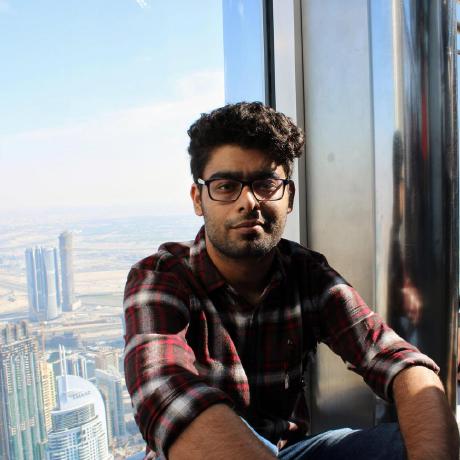