You take one Xbox controller, plug it into your PC, and you smash some faces in with your spells!

Challenges WE (group work) ran into

Cel-Shading can sometimes be a real pain in the ass, even for graphical artists

We had it running on a PC, the code we're not optimized enough to run on the Xbox 360 as originally planned. (This was a school project, upper secondary school)

That a proper project handling is key for success when working as a group!

What's next for Project Wizard

It is no more, the lead programmer have revitalized it in 2D as "Battle of the Magi" which can be found here: http://galactichummingbird.com/ 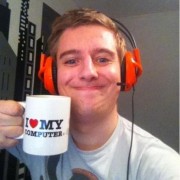