Chinese characters are written in a specific order to give them structure. Follow the stroke numbers to learn to write each character.

The only way to master Chinese writing is practice, practice and practice. Doing that on paper is really boring though, and Monkey Write turns it into a game. It is lightweight and fun, great for children and adults alike.

Monkey Write started at a hackathon. The initial proof-of-concept was coded in 6 hours. It showed the static image of a Chinese character, and the user can trace over to learn the stroke. A lot of functionality has been added since then:

Unlike the hackathon version, which only has a single character, Monkey Write now has many workbooks, filled with useful characters for you to learn:

Check out the video, download it from Google Play, and enjoy! 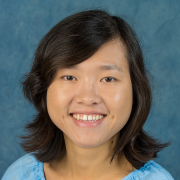