Maker From Below - description

Maker From Below is a cooperative multiplayer* first-person action game set in a science fiction desert environment. You play either as a smuggler or a sandworm. Smugglers have the goal to cross the desert and make it to the desert town. Sandworms have the goal to stop the smugglers and snatch them from the surface.

The game is inspired by Frank Herbert’s Dune and the Left 4 Dead series. Maker From Below features dynamic team play and a unique VR multiplayer experience.

Sandworms live under the surface, deprived of nutrients. In order to survive they must feed of that what travels on the surface. Despite having selfish business interests, smugglers travel in groups in order to save each other in case of a worm attack.

The desert sky is populated by wormbirds. Like vultures these birds feed of off the remains of the sandworm’s prey. The birds have a special ability to see and track worms below the surface. This enables the smugglers to track the worm’s location. Spot a high concentration of wormbirds in one location? Then there are most likely sandworms very near, lurking right below the surface.

*Due to networking issues, the current (jam) build of the game unfortunately doesn't offer any multiplayer functionality. AI controlled characters aim to illustrate the multi-user experience.

Controls: Gamepad. Developed for and tested with the Samsung Wireless Gamepad.

Goal: find and reach the desert town at the end of the level

The game takes place on a dry desert planet, consisting of different surface materials, types of soil and natural rock formations both above and below ground. Two suns orbit the planet along with one moon. Natural hazards such as double sun, occasional sand storms and solar flares furthermore endanger life on the planet. Shelter can be sought in caves. A short eclipse happens every x minutes, allowing the surface to cool down. The darkness renders the worms unable to see what’s at the surface. The eclipse gives smugglers the rare ability to travel the lands with a significantly lower risk of being gobbled up.

Maker From Below gives you the unique opportunity of playing as both the hunter and the hunted. It's innovative because it combines two contrasting modes of presence in one VR game. Instead of being an experience that tries to evoke one specific emotion or immersive effect, such as the impact of scale or the embodiment of a powerful (or powerless) being, Maker From Below offers players both ends of the spectrum, in one package. We attempted to make the controlling of the worm immersive, by offering a first person view, but also epic, by offering the player the opportunity to switch to a third person view, with a more overseer point of view, for a different sense of perspective.
The game is designed for 4x4 multiplayer, we tried to re-think how online matchmaking can work in VR. Inspired by choosing sides, in the same way kids do, when they play a game of football, we envision the game lobby to work in a similar fashion. Using this technique, we foresee a greatly improved sense of rivalry, imagining both sides literally teaming up, grouped together and standing face to face with each other before the game starts.

Forthcoming: Wishlist of features that didn't make it in time

The following features started being developed, but didn't make it to the actual jam submission.

I hope that you enjoy the experience as it is now, and may it taste for more! 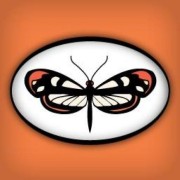 Note to users having trouble launching the game

Snapdragon chipsets with Lollipop installed are not supported. It's a bug in the current Unreal Engine. Please use Kitkat 4.4.4 if you have a Snapdragon device. Exynos chipsets and Lollipop should be fine.

I had to downgrade my (Snapdragon) Note 4 back to 4.4.4. myself, in order to develop and test. Note: when you downgrade your Android version, don't forget to back-up all of your phone's data.

Unfortunately, this issue is out of my hands :(