High Point, North Carolina has one of the lowest domestic violence recidivism rates in the US. They achieved this through their innovative Offender Focused Domestic Violence Initiative, which targets domestic violence offenders themselves, rather than merely supporting victims.

Our goal was to find insights from the High Point Police Department's data set that could be applied by police departments around the world.

We built: 1) A series of histograms that visualize different patterns in High Point's data set 2) Models that can predict which offenders are most likely to commit domestic violence again 3) A prototype location-aware web application that police officers can use on their smart phones and dashboard computers to discover which offenders are near them and due for a preventative visitation.

We're most proud of the work we put into talking with the High Point Police Department to understand their approach, and what kind of tool police officers 1) need to prevent recidivism and 2) would actually use. 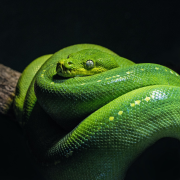