I rescued a baby gray magpie and named him "gua gua". This particular animal friend has his own preferences and ambitions, and would often play with me with his long neck stretched out, and make trouble when I painted his portrait. After raising him and releasing it to nature, I want to make a robot and give it the same ability to feel the world and the same interactive behavior as "guagua".

Including humans, almost all animals have the psychological need to "pay attention to and interact with other species". This kind of survival strategy helps to understand the complex and changeable environment more effectively by feeling "the different ways of thinking across species". Urban residents may be trapped in a cramped living environment, strict apartment rules, or limited leisure time, and thus have fewer opportunities to interact with animals or keep pets. Creating a robotic animal with its own behavior pattern is an effective way to solve this problem.

We chose 7 combinations of servos to make Gua's skeleton, so that it has a flexible and slender body to express different emotions such as bending over, shaking head or lying completely lazy. He made his skin and muscles with a soft cover cotton, and made his unique hair with a variety of composite fabric materials. And the core feeling-the action system is a "3-dimensional animal state model" independently developed by us. By inputting information from sensors including light, gestures, sound, ultrasound, etc., it is used as the source of "gua" to feel the surrounding environment and people, and through comprehensive calculation and classification, it determines his state, and outputs action signals to servos through ardunio. The effect of "feeling and reacting".

We have faced some difficulties, both in terms of design and technology. The battery has not been charged for a long time and the voltage has been insufficient. The buzzer for testing the voltage kept alarming. An explosion occurred while charging, and the whole room was powered off. The head of the robot is driven by a hand-shaped mechanical device, and the thumb is often stuck, and finally choose to directly remove it. There are also many difficulties in designing perception methods. At the beginning, I wanted to use sound, light, temperature, humidity, and gravity sensors to perform comprehensive calculations, but it was impossible to accurately correlate animal behaviors with these factors. Finally, three types of "emotion, activity and thinking ability" were established. The dimensional state system makes the connection between animal behavior and input information more precise. I often hurt my fingers when sewing it into a messy fabric shape.

looks good! It looked like a rebellious animal that would run away in the next second, leaving us stunned. The most exciting achievement

What's next for GUA 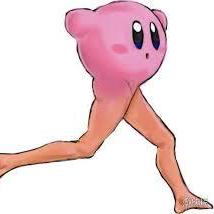