We wanted to shatter a wine glass with your voice like a professional soprano, but we didn't want to spend years of our life training to have perfect voices.

When you sing at a certain frequency and loudness for a certain amount of time, the system builds up "energy" until it reaches a critical level, at which point a trapdoor will open, thus dropping a Soylent bottle to shatter a wine glass.

Using a custom built single-supply microphone pre-amplifier, a bandpass filter, and a peak detector in our circuit, we filter a signal to extract the relevant frequencies of your voice. We then use a Teensy 3.2 microcontroller to integrate the sound volume over time until a critical level is reached. The user has to sing continuously because the "energy" level will decay over time if the sound input is too low. Once the threshold is reached, we activate a motor which releases the trapdoor mechanism. The Soylent drops onto the unassuming wine glass.

We initially wanted to use an LED strip to indicate the "energy" level so that the user will have a sense of how close they are to breaking the glass. However, we ran into issues with interfacing our 5V LED strip with a 3.3V emicrocontroller, so we had to get rid of it in the interest of time.

We also had challenges with the trapdoor mechanism, as the weight of the bottle would cause it to open by itself, and our motor did not have much holding torque. To fix this, we used hot glue to increase the sliding friction of the mechanism.

We were able to apply knowledge from our Electronic Circuits class for the analog signal processing.

We learned how to scream!

What's next for Glass Breaker

We want to build a second setup so two people can compete to smash their glass the fastest! Also, per a suggestion by Prof Vallancourt, we could scale this up into a voice-activated dunking booth! 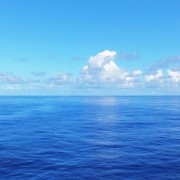