Add this line to your application's Gemfile:

Or install it yourself as:

Create a yaml file that holds your settings. You can put default settings into the root of the yaml file and then override those on an environment by environment basis. For example, the following yaml file will load the id "development-id" into all environments it is loaded in except for the test environment, where the id would be "test-id".

Once installed in a Rails app, add your yaml file at config/env.yml. The gem will load the correct environment on initialization of the application.

You can create your yaml file anywhere (though why not config/env.yml?). Then call Envyable.load('path/to/yml', environment) and the yaml file will be loaded into ENV.

It is not recommended that you check the yaml file in to version control. Personally, I like to check in a env.yml.example file that shows the required keys, but does not include any credentials. 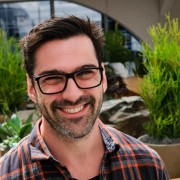