Sometimes you need to write idea as fast as you can and have no time to pick up phone and launch Evernote. But what if you have smart watch and Evernote on them? Of course some have Android-Wearable, but other have Samsung Gear series.

ENoteGear provide some basic functions of Evernote. You can view notebooks, tags and notes. Open notes and mark todos as done or note. And of course you can create notes! It consists of two parts: 1) wearable part with UI and user interraction logic and android part almost without UI but with logging button and Evernote interraction logic because Evernote have not HTTP-API unfortunatelly.

Features: Synchronization: * Full synchronization * Only last changes * Option in settings: synchronize at launch * Changes made on Gear are sent to cloud immidiatelly and reflects on watches until server reply

Notes list * Notes can be found inside notebooks * Note last modified and/or tags are shown below note title. It can be changed in settings * Long tap on note show context menu for note * Swipe back changes view to notebooks list * Tap on note shows it's content

Trash. Notes in trash can be restored or changed

App was hard enough to create. Many difficulties were with Evernote note format, also some specific feautures were hard. Of course many troubles were with wearable UI. But now client had third update with fixes and some new features.

Of course there's many work to do and implement many Evernote functions. But the most challenge for future to avoid using Android SDK and make own server to allow watches work without phone. Also it would be greate to put android part of app to google play, what is in near plans

App can be found in Samsung Gear Store + Samsung apps (samsungapps://ProductDetail/petbotproject.enotegear) and soon it will be available in Google Play 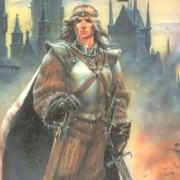