Hoping to incite nifty behaviors from her students, Ms. Ana Cunningham, an English teacher at Phillip O. Berry Academy of Technology, would often give out "Deering Dollars" to her students as rewards for good deeds. And thus the idea for a token economy app bearing the same name was born!

What makes DeeringDollar special is how simple it is: Anyone can reward anyone for good deeds. Upon creating a new account with the DeeringDollar app, each user starts out with 1,000 Dollars that he/she can give out to anyone as rewards for the nice things that they did. Someone helped you with your Calculus homework? Award them some Dollars! Someone found your lost earbuds and returned them to you? Award them some more Dollars! DeeringDollar fosters a token economy society where users can award each other for good deeds and thus perpetuate a culture where good character is awarding.

The mock currency system is not unlimited, how many Dollars there are in the system is proportional to how many people are using the service. For example, if there are only two people using DeeringDollars, there will be 2,000 Dollars total in the system. If there are 100 people using the app, then there will be 100,000 Dollars total. This limited distribution of tokens forces users to keep on paying parts of their balance forward and keep the system going.

The app has also been packaged into an APK hosted on Google Drive in addition to Google Play and the link to it can be accessed below. To download it make sure your Android device is configured to be able to install applications from sources other than the Google Play Store. 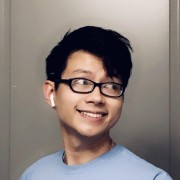