I was inspired by block jumper games such as Mario, Sonic, and Donkey Kong. I wanted to pull different elements from these kinds of games and use them to create a game which would help others learn because learning is the #1 top priority in life.

It is similar to other platformer games in the sense that it is side-scrolling but instead of having set levels (which can get boring) I made everything completely random. The bushes, platforms, gold blocks, and clouds might spawn a lot, might spawn in a little, or might not spawn in at all! This brings an element of mystery into the game and makes it more captivating making students and others more compelled to continue playing and to learn.

I only used Lua to build this game. I used Love to run it and I used visual-studios code to code it.

Some challenges I ran into were the physics. I tried making the physics work for a long time but it just would not work. After some thinking (and going on stack overflow) I figured it out. I had a similar problem with the collisions where my game would crash as soon as the character collided with anything other than the floor. Again, I managed to figure this out. The random generation was also a hassle because for a while, nothing would generate. Then I realized that it was because I forgot to put a spawning rate.

An accomplishment I am proud of is the sound effects. I used a music software to create my own sound effects (but not the music) when hitting the gold blocks, hitting the brown blocks, and a few other effects which will be used in future updates (like coin gathering and dying). I am also proud of the physics because, as I said before, the physics just would not work and it was very hard to fix them.

I learned more about how to use Lua to its fullest potential. I also learned that making a platformer game is not as easy as it sounds. There are many factors which go into it to make it function properly.

What's next for Block Jumper

In the future I plan on implementing a question system so when a student makes it to the end of the level, they will be asked a question depending on the subject and they have to answer correctly for them to be allowed to continue. I will also advance this version of the game and only make it a game (without the question features) because I wanted to do both the question feature and the normal game in this hackathon but was not able to so I will do it in the future. Also, I plan on trying to make this mobile compatible and into an app so it can be played on the go. 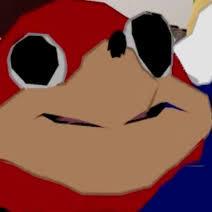