Arborgeddon was an idea that came to me one day very spontaneously when I had the ridiculous thought to make a game about being a tree. I had been wanting to get into coding but I had no passion project to peruse, but with Arborgeddon I now had something to make.

Arborgeddon is a strategic resource management game where your objective is to adapt and multiply your tree species using different growth and genetic mutation abilities to aid in your success.

Arborgeddon is (currently) an in-bash text based game. users are given a set of inputs they can choose from and are shown a very basic text based GUI from which they must form their decisions. Arborgeddon is all one singular .cpp file, with all of its dependencies contained within.

The most interesting element to Arborgeddon is its genetic mutation tree. In order to create a very vast, easily changeable and expandable list of abilities for you as the player to upgrade, I had to come up with a robust function that could be easily recreated ad-nausium. It was important that this system was able to remember what state it was in, so players could proceduraly level up certain skills, while being barred from shills that ere either too high level, or that they had already purchased. This meant that each additional "mutation" required a tedious slew of checks to make sure that A) The player had unlocked all prerequisite mutations. B) could afford the mutation, and C) couldn't get the mutation more than once, so that ability stacking could happen. This made for an abhorrently long string of code, one that likely could've been streamlined if I had had more time.

Throughout each iterative test of the code, I ran into next to no major bugs. most errors ended up being typos, with the occasional mis-ordering of functions.

I learned to what extent my ability in C++ can be stretched, and how to create organized functions that can loop in any direction needed to best suit the players needs. This includes being able to back out of menus to the previous menu, and easily move forward through menus.

I would like to implement a dedicated "save game" function, so players can come back to their game, as well as a proceduraly generated world, offering different terrains hosting pros and cons to be exploited and narrowly avoided by the player. The current enemy system works fine, but id like to add more challenge to the player by adding specialized enemies that occur with some randomness, forcing the player to take genetic upgrade routs they may not have considered. I'd also like to see a more in-depth GUI, either with a much nicer looking text interface, or a proper 2D sprite based GUI with easy to use click-buttons and sliding menus. 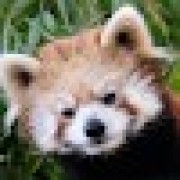