Over the course of the quarantine my sleep schedule has got worse and worse. Sleep in till noon? Why not its not like I have somewhere to be. However, after setting alarms to try and wake up earlier, I simply could not get myself to wake up. If i can snooze my alarm, I can snooze all I want.

I knew it was time for something that I had a liiiiiittle less control over.

This is an alarm clock that can be set from your phone, but with no option to turn it off within arms reach, you'll have to go elsewhere. This means getting up out of your bed to a designated terminal you set up SOMEWHERE else in your house. Walk there, tap your phone to it, and BOOM the alarm turns off. Not only are you out of bed now, but you're happy you have the whole day ahead of you too!

I used Google's Flutter SDK to develop an easy and modern looking mobile app for both iOS and Android. This app is what allows you to set the time you want the alarm to go off, and the tool you'll use to turn it off in the mornings. By tapping an NFC tag, the app will send data to the alarm clock to tell it to turn off.

Getting the arduino board to connect to my computer - my libraries got corrupted and took me hours to fix. Timing on the vibration and buzzing of the alarm - arduino can only do one task at a time so I had to figure out a better way than using delay()

Connectivity between my phone and an arduino wirelessly anywhere in my house was really cool.

Much more planning should go into how the software works on the app-side than i did, I did none and spent so much time figuring it out. I learned a ton about arduino, soldering, mortors, small electronic components, and time management with it all.

What's next for AlarMe - An alarm clock you can't say no to!

Next is a segmented display for me to see the time at night, a more fluid app that I could actually see myself using, and reliability. WIth more time i feel this is going to be something I use to get up in the morning. I also want to encase this so it isn't a jumble of wires 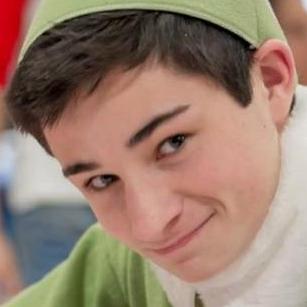